Speed is something that’s important to just about everyone who uses a computer. Whether you use your computer for business purposes and need fast downloads and uploads to keep everything running smoothly or you use your computer for fun to watch TV shows and movies on Netflix, a speedy connection is absolutely essential. But most people don’t understand what determines the speed of their connection, so when things slow down, they’re not quite sure what’s to blame or how to get the problem fixed. Learning more about what governs the speed of your connection is crucial if you want to optimize it. 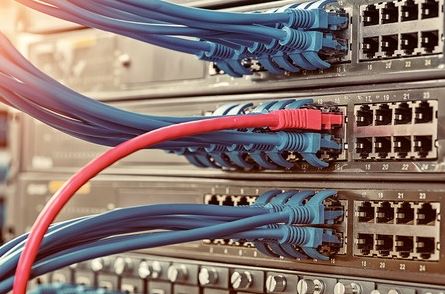 First, it’s important to know that data speeds between computers on your network can differ greatly depending on whether you are using an intranet or the internet. Intranet speeds are generally much faster than internet speeds because they involve a connection between different computers located on a single network. Local networking equipment is used to connect these computers, and as long as the equipment is up to date and working properly, you should be able to get a very speedy connection between the computers on your network.

Internet speeds work differently. Service providers are in charge of setting the speeds for their networks, so your download and upload speeds will be dependent upon how strong of a connection is provided. There are also other factors that can be at play, such as the age of wiring in your home or business, which may not be rated for high-speed connectivity, or the quality of connections between your building and the internet supplier.

Some service providers have even faced legal action for providing speeds that didn’t meet what was advertised to customers. Recently, Time Warner Cable in New York – now known as Charter Communications – was hit with a lawsuit from the state attorney general for allegedly defrauding more than 600,000 customers by delivering significantly slower speeds than what customers thought they were paying for. Reuters reports that the suit claims people expected high speeds, but were often receiving slower speeds due to the use of older modems that weren’t capable of delivering the service at the levels advertised.

Muth Technology specializes in providing industrial and commercial businesses with cable installation and networking solutions with the wired and wireless solutions they need to set up networks and achieve the best possible speeds. Whether that means installing a wireless network or outfitting a building with new CAT5e or CAT6 cable wiring, we can design and install a data and voice system for you to keep you connected at all times. To learn more about data speeds and how your own building’s capabilities may be holding you back, call Muth Technology at 605-334-3232 today.